Buy a Sega Multi Mega console at 8 bit beyond

The Sega Mega Cd known as the Sega cd in North America is a cd rom add on for the Sega mega drive. It allows cd format video games to be played when connected to the Sega mega drive 16 bit. The Sega Mega cd was released in the united kingdom in 1993. The First original console was a front-loading system. The hardware also allowed audio cd's to be played. In North America it is Well known as the Sega CD and worked with the genesis cartridge based product

no buttons, the cd drawer is controlled by the Mega drive/Genesis control pad 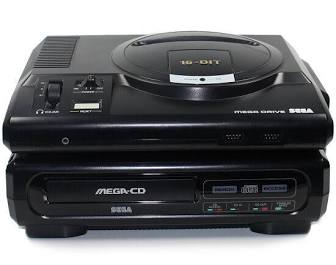 cheap replacement lasers and capacitors seem to last better and don't cause internal board damage through leaking.

Both machines would connect up to either a model 1 or 2 Mega drive console, The Mega cd 2 is cheaper to purchase and more readily available to to it being less likely to have problems. Depending on what bios is on the system the sound played in the loading screen is different like the mega drive both consoles are sought after by collectors most games are readily available some are very difficult to find. The price of both versions is increasing all the time along with the games, Be wary with games as being ads they are easily damaged. Both bits of hardware have one cr2032 battery soldered only the board to keep time and the content in ram memory. Both have a 3.5mm audio jack to connect speakers etc to play music or to improve the sound experience gained. Because of the price when released very few people owned the mega cd or sega cd in the United Kingdom, because of this original cd games are much more expensive compared to cartridge based ones. Hardware issues with the console are quite common with the internal fuse blowing (see our blog for information on changing the fuse)or even just dirty contacts on the connection slot, the mega cd 2 console is less problematic than the original sega cd system. Like the Philips cdi movie video could be play by the console not matter which version you had. Some would argue that the video was smoother on the original Mega cd console over the mega cd 2. Both model 1 and 2 mega cd consoles use the same 1.2amp 10v power supply the same one used in the mega drive model 1. Do not use the power supply with the 500ma Master system one as it will fit but is grossly under powered

A New mod chip could be installed in the system menu to allow games from different regional version to be played allowing full use of the game library. Many people get the Mod done their system has additional features. being able to play used video or game product information. These mods if not done properly have been known to cause issues and problem completing repairs. With many different ways of modding it is very hard to find support if the console failed to work. With this in mind it is advisable to buy complete consoles that have not been touched or if you must get a modded one or model two make sure you check the reviews of the company you are buying it from. You can play game backups on the system if you have them to use.

The Sega Mega cd had onboard backup ram but not a great deal so you could have to format and change saves due to a lack of blocks. When the memory is full there is a process that allows you to clear the ram on the system.

Sonic Cd was the only Sonic the hedgehog game released on the hardware but still remains a fan favourite to this day. Most of the pal library is the same as America. The disc games were mostly single but some with high content required up to 4 disc games to get the full content. Additional games were released in North America and Japan and some games just had a different name a bit like the mega Drive/ Genesis 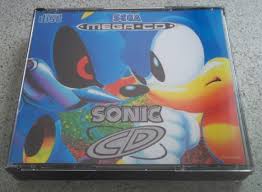 There are 4 games that were released that need both the mega cd add on and the 32x cartridge add on for them to run, Corpse Killer, Supreme warrior, Night Trap, Slam City. All 4 games did have a normal Mega Cd release first.

What was the first and last Sega CD Game?

It depends on which part of the world you are in, In USA it was Demolition man released in November 1995, In Japan it was Shadowrun in 1996,

The first game released for the console were the ones that came with the console pack 5-1 and sol peace cobra command.

How Much did the Sega CD Cost?

The USA retail cost was $299 back when it was released, It still holds a high value in today's market due to the low numbers sold in comparison to other consoles. That and the fact the capacitors and lasers are common to fail will keep the price of the Sega CD rising as time goes on, These are reasons why the Sega CD is so expensive.

The Mega Cd Model 1 specifically had poor capacitors so if you own one and they haven't been changed it is a very worthwhile exercise. If the caps start leaking they can damage the circuit board. Once changed they will last another 20-30 years. The lasers will also eventually die, Depending on which version these can be up to £60 just for the laser and that is if you can find one End of the line

The Sega CD was discontinued in 1996 after selling around 3 million units. The Discs were able to hold around 320 times the amount of data of the cartridges. This is what led to the future machines ie the Saturn and the dreamcast being cd based.

It Doesn't matter which version of the mega drive you own they will both connect up to both Sega Mega Cd versions, It is advisable to use the extension plate if using a Mega Drive 1 on a mega cd Model 2. Some Genesis Cartridge games are region locked and were from new.

Get additional information from our Sega Mega Drive page, If you have any questions please get in touch.

Well if you need any assistance with your new game video system or other product please let us know if we can offer additional support two minds are better than one.